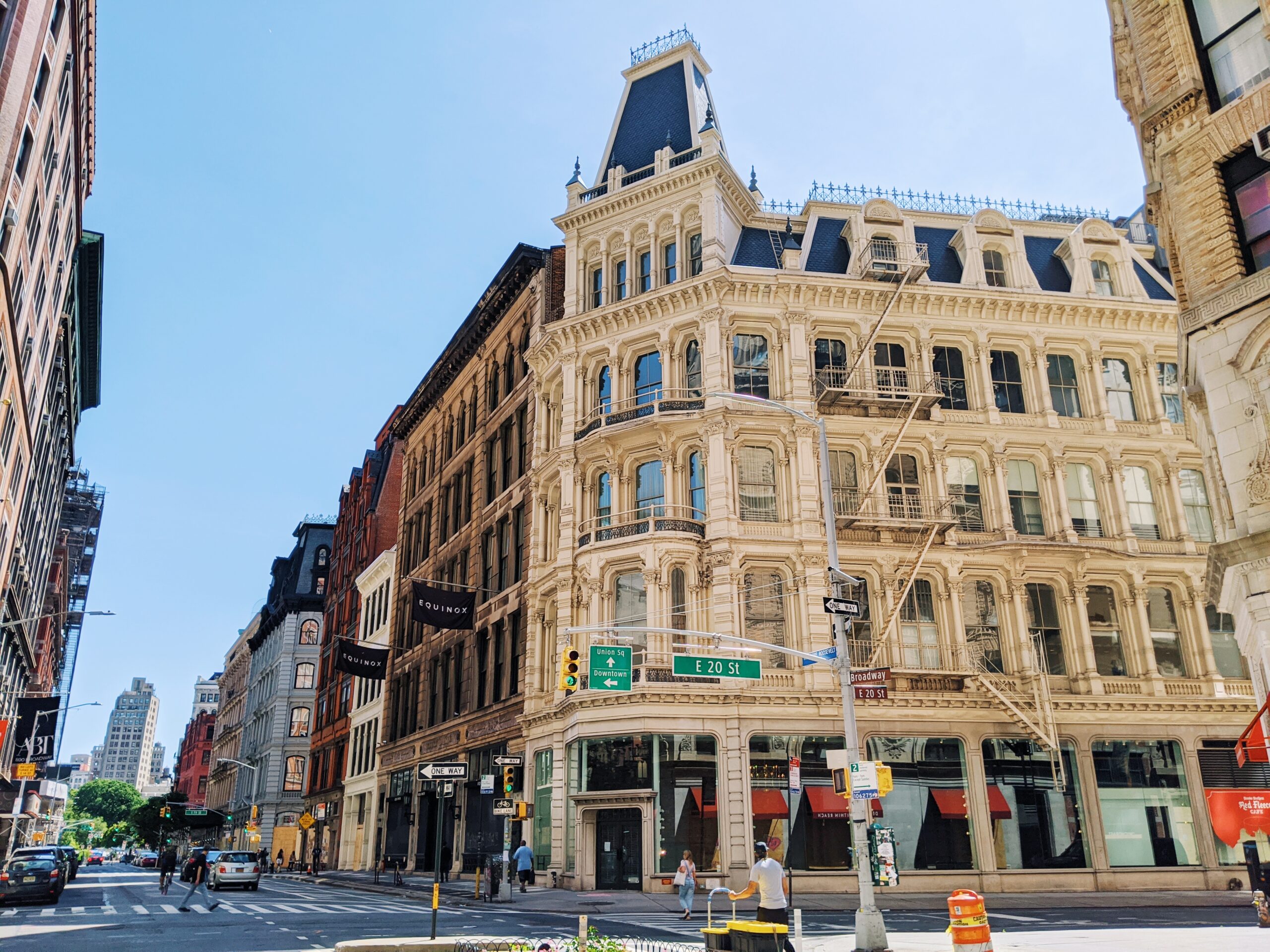 For 300 years New York City developed in mostly one direction – northward. From old Dutch beginnings in the modern Financial District in the south the city constantly expanded up the Manhattan island. As industrial, commercial and hospitality real estate came to areas that were residential 10-30 years ago the city center was also moving up every generation or so. It went through current Civic Center, SoHo, Astor Place, Union Square, Madison Square, Herald Square and in the first half of the XX century more or less stopped near Times Square, in the 40s and 50s numbered streets. I want to show you the city center of the time right after the Civil War in the very beginnings of the skyscraper age. In 1870-90s it was between Union and Madison squares.

This area roughly corresponds to South Midtown. Our tour starts off at Madison Square that we explore for almost an hour, the route through Flatiron district, follows Broadway and Irving Place to Union Square and ends at 14th street. The route includes the Flatiron building, part of Broadway that used to be called Ladies’ Mile, house museum of Theodore Roosevelt (from the outside), the last private park in New York – at Gramercy – and many more.

I will tell the story of unique buildings populating this historic area, the very center of New York City life just 100-120 years ago.

This private tour takes about 2 hours and costs $250. Use calendar below to look for an available time and request a convenient slot. I will get back to you shortly with confirmation. Or just contact me.

Request a private tour below

Ted Roosevelt was born and lived out his childhood here, now a museum

The oldest sculpture in New York

Talking about the Ladies’ Mile

Talking about general Worth

Me on Madison Square

Giving the tour of the New York Historic Center

This memorial is well hidden on Madison Avenue

One of the oldest bars in New York

Me near Gramercy Park

One of my favorite stops on this tour is Gramercy Park

Is this name original to the building?

Flatiron building was named for an older low rise on this same spot that reminded people of an iron with its triangular form.

Was it just a shopping district?

During the day this area was populated with high class female shoppers but in the night time it became a whole other kind of Ladies' Mile and there were much more gentlemen visitors.

Can we get in?

The key is really hard to lay hands on. But if you check in to the nearby Gramercy Park hotel they could give you one of the 12 keys they have. Also the gates are opened for an hour on Christmas Eve.

Other walking tours to consider

The view of Columbia U

If you take a tour of the Riverside Church they may take up the tower for this view, and others

Processed with VSCO with a1 preset

Me with Castello Plan